💬 👋 We’re always here. Join our Discord to connect with other students 24/7, any time, night or day.Join Here!

Finite Mathematics and Calculus with Applications

Got a Psychology Question?Question text is required

If your cells were taken without your knowledge and then you found out they were being used by Scientists, what would you do?

The intention of this book is to bring together new thinking and research on education’s complex and evolving role in conflict and fragility. In different contexts around the world, at different levels of education, and from different theoretical lenses, education occupies a contested space. The changing nature of conflict, from inter- to intra-state, and with shifting geopolitical power balances, means the need to reconceptualize where education is positioned. Claims that education on its own can be an agent of conflict transformation are disputed. Deliberate attempts at peace education are not without critics and controversies. The aim of this collection is to generate new realism from empirical and reflective accounts in a variety of countries and political contexts, as well as provide innovative methodological approaches to the study of education and conflict. Initiatives in peace education, peace-building, conflict resolution and social cohesion are rooted in history, but also linked to visions of the future. Studying education’s role in peace and conflict is often justified by the need to help secure the future against further violations of human rights, whether based on ethnicity, religion, gender, sexual orientation or disability. Does it accomplish those ends? At a time when many societies are more diverse than ever before, legitimate concerns about nationalism and xenophobia underscore the importance of an inquiry into whether conflict sensitivity and critical political education can function to develop mutual understanding and shared goals. The particular distinctiveness of our volume is the emphasis on ‘contested’ – that it includes the debates and disagreements on the role of education in conflict, as well as material on teaching controversial issues in fragile contexts. Such concerns are not just about contexts labelled fragile states, but recognition that social cohesion can be fragile even in countries seen as stable. This is never more apparent than in the spread of ISIS and its effects on community perceptions in many countries. Education policy must be scrutinized anew: we find for example how education policy is now learning from conflict states, rather than the other way round. Methodologies of ‘measuring’ conflict and fragility need constant critical review, as do the theoretical frameworks which underpin quantitative and qualitative research to have a short menu of preferred policies. The chapter raises disturbing questions about the reach of such organisations as well as issues of when a reform is chosen, whether during or after a conflict. Edwards gives intriguing suggestions for research on other countries during certain periods in conflict or afterwards. Next, in line with the focus of the book on contestation, Lynn Davies looks at the contested role of religion and conflict, and at the nexus of religion, education and conflict. Research indicates that conflicts based around religion are more intractable than others. While religion can provide personal security, at the national level religion, nationalism and violence can become intertwined to threaten security. Davies develops an amplification spiral to show how the exclusivity of religion becomes superiority which becomes intolerance which becomes the notion that God is on your side and finally which becomes expansionism for God. The urgent policy proposal is therefore for secularism in governance and schooling, but this proposal needs to acknowledge and debunk myths around secularism, which Davies does – including the myth that secularism is the same as atheism. She shows how a dynamic secularism is in fact a friend to religion and supports a diversity of religious beliefs. However, religion is not to be elevated above critique. The educational implications are to avoid divisive faith-based schools where possible, but also for students to learn about religion in a critical way, in order to interrupt some of the amplification spiral. Learning about the tenets of secularism (for example rights, or the rule of law) is not so controversial, but the more contentious implications are for a critical approach to sacred texts, so that young people can challenge extremist or misogynistic passages or interpretations. Mistakes made in the name of religion also need surfacing. The overall argument is that religion cannot be immune from critical pedagogy. Finally in this section Tejendra Pherali, through the lens of the conflict and post conflict situation in Nepal, argues that political interference, corruption and informal governance in education are the biggest barriers to post-conflict educational reforms. Reforms that are largely issues-based and adopt purely a technical approach to programming are particularly vulnerable. Post-conflict, it is important to address the sector-wide as well as inter-sectoral issues of exclusion. Conversely, social transformation and peacebuilding needs to include education sector reforms. Pherali includes a critique of the well-known Schools as Zone of Peace (SZOP) initiative in Nepal, while recognizing its positive benefits. The core of the chapter is to use a political economy approach to analyse conflict, with a valuable grid which juxtaposes social, economic, political and security concerns against national, district and local features. Teachers are revealed as political activists, with professional disengagement and loyalty to political parties rather than the state. School governance is also politicized. Peacebuilding can be attempted through curricular reform, but dealing with sensitive issues in a politicised society is clearly complex. Education for peace should raise critical awareness of social and political conditions that fuel or mitigate conflict, in order to identify transformative approaches to achieve peace with social justice. The question becomes how to engage critically with the issues relating to unfair social and educational policies such as biased representation or omission of diverse cultures in the curriculum, ignorance of the mother tongue in formal education, unequal access to education and unequal or no representation of diverse communities in educational policy making. Such questions clearly relate to contexts much wider than Nepal. can you say summary this in simple way plz thank you 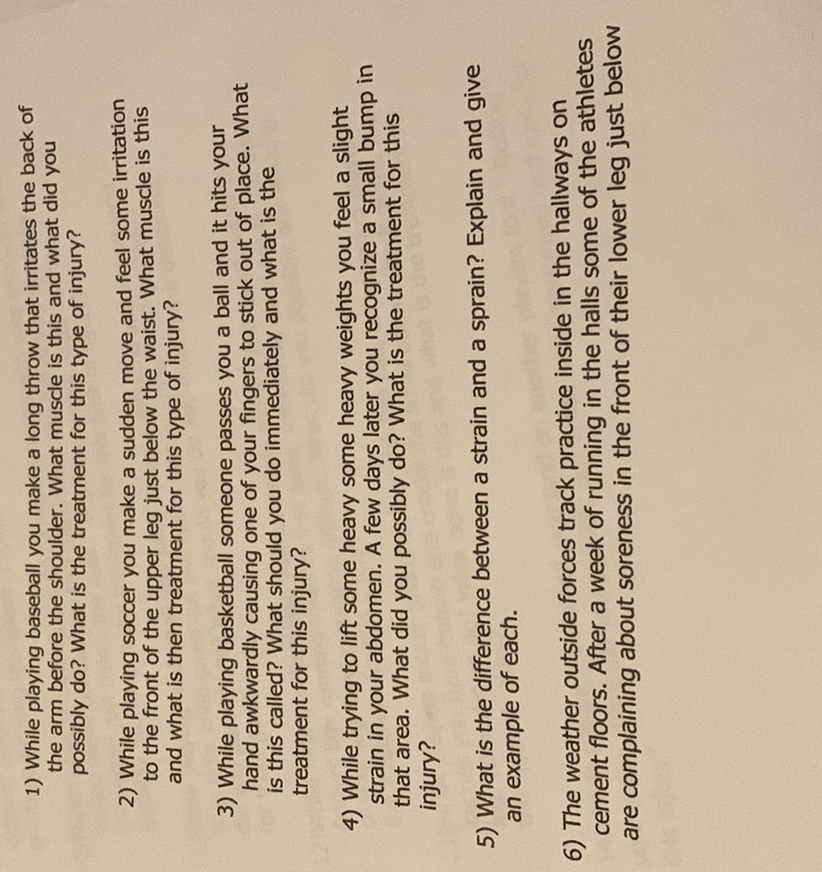 Hopefully, you do not face real physical threats from potential predators on a daily basis. However, you probably have your fair share of stress. What situations are your most common sources of stress? What can you do not to try to minimize the negative consequences of these particular stressors in your life?

Questions 3A through 3D are based on a distribution of scores with X=75 and the standard deviation =6.38. Draw a small picture to help you see what is required.

What is your mind map for your success

You read about the Case of H.M whose hippocampus and amygdala were removed and this was followed by memory deficits. Have you come across such a character in a book, TV programme or a movie? Reflect on the similarities or differences between the character and H.M.

Parasites are often microscopic in size but have large negative effects on their hosts. If this is true for the parasites of songbirds, what predictions follow about their effects on male song performance, and how should females respond to the song of infected males as opposed to uninfected individuals

Theories of attitude change include

Plan a fourteen-day schedule for a laboratory that has 24/7 operation with 7 staff on rotation, and each staff should have at least 40 hours in the span of 14 days.

the concept of working memory

In Psychological research, the absolute threshold has been arbitrarily defined

In Psychological research, the absolute threshold has been arbitrarily defined

A public health researcher wants to know whether a new tax that was placed on soda has had any impact on consumer behavior (whether people continued to buy soda). Before the new tax, convenience stores in the city sold an average of µ = 410, sugar filled beverages per day with ? = 60. The distribution was normal. Following the new tax, data were collected for a sample of n = 9 days and the new mean was M = 386 from the same convenience stores. Using this information, answer the questions below and determine whether the the new soda tax significantly impacted consumers' buying behavior; use ???? = .05 when making your decision. Identify the independent variable. Identify the dependent variable. State the null and alternative hypothesis . You can use words or notation. Establish the critical boundary for the research question Calculate Include answer for standard error Include answer for z-score Summarize your results, including an explanation Calculate and interpret Cohen’s d (if appropriate)

You guys don’t have the book sociology in our times?

I want the answer for this 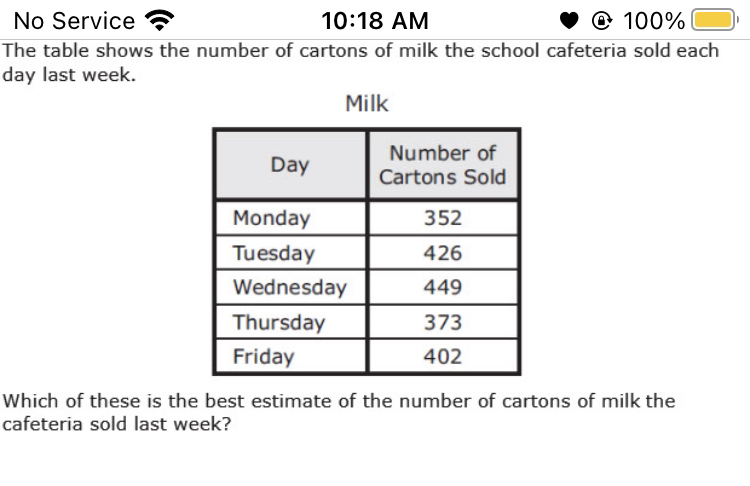 What is the difference between the solution in these two beakers??

Learn Faster with a Numerade Membership

Create your own study plan

Try it free for 7 days 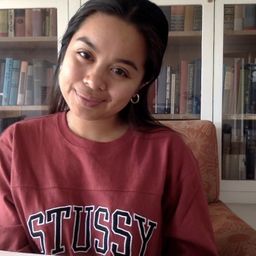 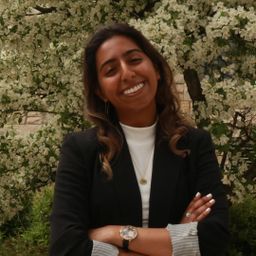